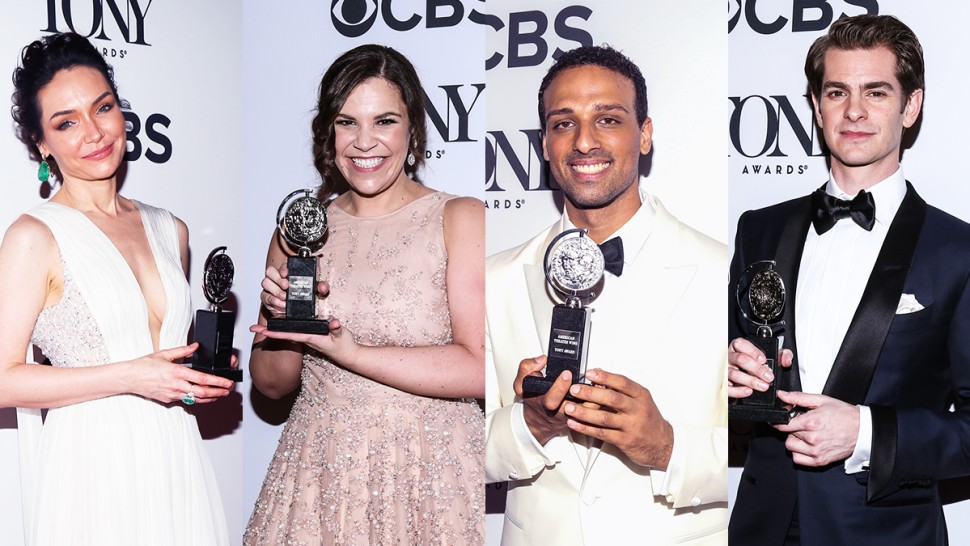 Fashion Wire Daily – New York – Let’s hear it for the boys – the “Jersey Boys” and “The History Boys,” that is, who stole the show at the 60th annual Tony Awards, at New York City’s Radio City Music Hall Sunday night. “The History Boys.” a sardonic dissection of British education directed by Alan Bennett, took home six Tony’s including Best Play and Best Actor in a play, for Richard Griffith’s performance. The inspirational story of Frankie Valli and The Four Seasons in “Jersey Boys”, won four Tony’s including Best Actor, John Lloyd Young, and the award for Best Musical. 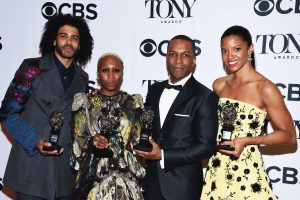 Sex and the City’s Cynthia Nixon was crowned Best Actress in a play for her role in “Rabbit Hole” and Best Actress in a Musical went to Lachine, who took home the only Tony for “The Color Purple” despite the show’s 11 nominations. Equally as exciting was the pre-show that is the red carpet, which gave rise to its own fashion winners and losers. The black dress swept the look of the evening, but dress detailing, like belted waists seen on. Marcia Gay Harden and Rita Wilson, and wrap fronts like Oprah’s stunning black satin gown, set the dresses apart. Other black-suited beauties included Glenn Close, Jaime Lynn Sigler in a deep V-neck black number, and Bernadette Peters who sported a princess-like one-shouldered black gown with heaping fabric.

Presenter Julia Roberts couldn’t score a nomination for her panned performance in “Three Day of Rain”, but wowed the audience in a black plunging-neck gown with open back. Cyndi Lauper arrived in a swanky black suit, a popular look among the award’s male attendees, except for actor. Josh Lucas who wins the award for fashion-risk-gone-right for his tailored, gray pinstripe suit with blue shirt and tie. The fashion-risk-gone-awry award goes to British Actor Alan Cumming for his equestrian-punk inspired ensemble of riding boots with a tailored white blazer topped with gold and black piping. Only Elisabeth Withers-Mendes, clad in an ostentatious tiered floral dress with green and pink tulle sash, could steal Cumming’s thunder.

The Ladies In Red, actresses Anna Paquin, Kristen Bell, and Kyra Sedgwick in a slimming apple-red gown with voluminous bottom, all opted for different hues red, adding a touch of color to the sea of black. The award for best colorful duo goes undeniably to Oprah’s gal-pal Gayle King and actress Alfred Woodard who showed up donning the same busy but beautiful gown in a waterfall of orange and yellow chiffon. Less-busy dresses like Kelly O’Hara’s plain jade gown with a train, and winner Cynthia Nixon’s soft and flowing white stunner with a jeweled brooch proved that simplicity never goes out of style. 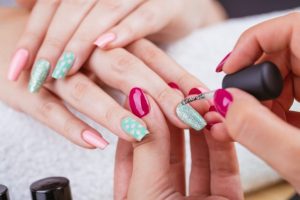 Previous post What To Do For Your Nail Art Designs 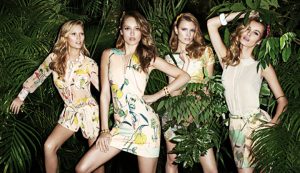